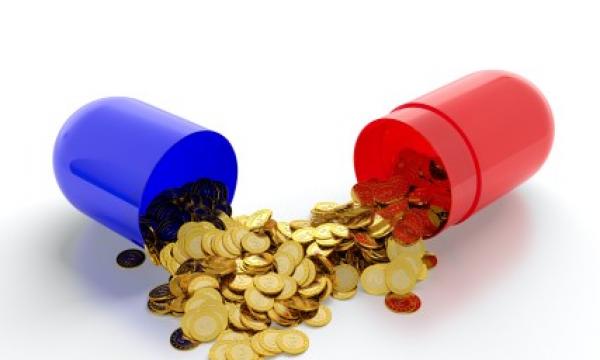 Asia is set to be the focus of several healthcare megadeals in 2019 thanks to its population with relatively disposable incomes and local companies vying to attract new technology investments, according to Baker McKenzie’s Global Transactions Forecast 2019 report.

Japanese pharmaceutical firm Takeda announced the completion of its $58b acquisition of Irish drug company Shire on 8 January which transformed the 237-year old firm to one of the world’s top 10 drugmakers.

Not to be outdone, the Takeda deal has already been trumped in size by drugmaker Bristol-Myers Squibb’s $74b acquisition of biopharmaceutical firm Celgene.

Despite a relatively lacklustre performance in 2018 with dealmaking in the healthcare sector dropping 5% to $308b, pharmaceutical companies are forecasted to continue shedding non-core assets in a bid to to specialise and gain access to new technology as competition for the next innovative drug heats up.

“A lot of the medical device companies are shifting their business models so that they don’t just offer a medical device,” Baker McKenzie’s healthcare mergers & acquisitions (M&A) partner Jan Hobson explained in the report. “Instead, they offer a solution or patient support around it, or they offer to run a service for a hospital. Many manufacturers are having to buy in that expertise.”

Moreover, IPO activity has been boosted by the US Food and Drug Administration (FDA) efforts to speed up approvals whilst the new rules on the Hong Kong Stock Exchange (HKSE) have made it easier for biotech firms to list, the report added.

“The HKSE now allows biotechs that aren’t yet profitable or without revenue to list, provided their expected market capitalisation is more than $190m (HK$1.5b),” Ashok Lalwani, Baker McKenzie’s healthcare initial public offering (IPO) partner, said in the report. “The new rules mean in Hong Kong, the number of biotech companies coming to the market in the early stages of research and development and with no profit or turnover is expected to grow.”

In comparison, biotech firms listed on China’s main exchanges which are the Shanghai Stock Exchange and the Shenzhen Stock Exchange must prove three consecutive years of profit and revenue before listing.

On the other hand, new investments expected to be affected by the ongoing US and China trade tensions and the UK’s withdrawal from the European Union (EU), which will further be impacted by challenges in data protection measures.

“These regulations will force companies to protect patients’ data but at the same time, they need to collect data for the development of new drugs,” the firm’s healthcare M&A partner Hideo Norikoshi explained in the report. “Whether regulators tend to enforce protection or make data available to responsible parties, M&A activities will be impacted.”

Nevertheless, Baker McKenzie’s report highlighted how healthcare companies will continue to seek to meet the demands of the fast-changing healthcare market on the back of pressure to lower costs and adjust to value-based models.