Meet the man behind NetEvents and how he made it the meeting place for the IT industry's movers, shakers

Mark Fox brought the industry's brightest and most proactive minds together.

Behind any revolutionary or disruptive concept or technology there is likely to be a meeting of minds. Think Crick and Watson, Hewlett and Packard, or Jobs and Wozniak for obvious examples. It remains true in today’s IT communications industry. The very technologies that promise to connect us globally without the need for physical presence, actually owe their existence to the right people meeting in the right conditions at the right time. But few people realise just how many of those seminal first contacts began at NetEvents – and they are still taking place.

NetEvents is a company launched in the 1990s with the promise to “network the network industry” with a program of exclusive two-day press/industry events. It now brings together senior figures from the world’s media, press and analysts, together with C-level executives from leading IT companies, service providers, venture capitalists and industry visionaries. And NetEvents is still very much about the meeting of minds.

Software Defined Networking, the once ground-breaking Blackberry smartphone, the virtual corporation, Software as a Service, the Carrier Ethernet revolution, Intrusion Prevention Systems, Cloud Computing, … These are among the innovations that became buzzwords, that were first launched internationally at NetEvents, or simply owe their success to contacts first made at NetEvents… the list is endless.

Singapore Business Review was among those invited to this year’s NetEvents Global Press & Analyst Summit in Silicon Valley, which also marked the celebration of twenty years since the very first NetEvents in the Cote d’Azure, France. It was a busy schedule, but it offered us a chance to catch up with NetEvents CEO and founder, Mark Fox, and ask about the secrets of his company’s success.

Tell us briefly what NetEvents does and how it started.
In the 1990s the growth of low cost communications networks was making globalisation a big issue, with IT companies keen to extend their business overseas. A lot of money was being spent on lengthy press tours – where the press were not interested unless you sent your top people – and expensive launch events packed with lavish hospitality gimmicks. I already had a lot of  contacts among the international IT press and analyst community, so I did my own research asking “what would the press themselves want?” It became clear that they were getting tired of one-off “ra-ra” presentations from vendors and wanted a chance to put competing companies head to head onstage, put questions on the level and hear them debate against each other. So together with the press and analyst community we came up with the NetEvents formula: offering vendors a way to meet the entire region’s IT press in a comfortable yet focused setting – and all in just a couple of days.

Give us an anecdote that explains how NetEvents works
Take Cylance, for a recent example: Stuart McClure, Founder, President & CEO – Stuart needed to tell the world about his radical Artificial Intelligence-driven security technology when there were so many other voices out there shouting for attention. So Cylance, relatively unknown at that time, attended our NetEvents April 2015 Global Press Summit where they spent real quality time with the world’s leading IT press and industry analysts, explaining its technology and answering detailed questions. But that was not all: the biggest opportunity at NetEvents lies in the quality of those attending, and among those was the head of Dell Ventures’ Managing Director Jim Lussier. It so happened that Dell awarded Cylance with a major contract to provide end point security solutions to their customers and went on to invest in Cylance later that year. I personally set up a private meeting on the spot between Cylance’s CMO and the CEO and CTO of Ignition UK, that lead to European distribution and Cylance products becoming Ignition’s top sellers. In three years Cylance has gone from just three people working around Stuart McClure’s kitchen table to a seven hundred person powerhouse, already profitable before securing its most recent $100M round of funding and achieving Unicorn status with a valuation of over 1.1 billion dollars.

What are your business philosophies?
At the NetEvents 40 Years of Ethernet celebration in 2013, a lot was said by Ethernet inventor Bob Metcalfe about PARC (Palo Alto Research Center) innovation in the mid 1970s. It was a time when great minds from many sources – business academia and government – came together to create a vibrant culture of innovation that continues to inspire business for decades to come. At NetEvents we do not operate on that scale, yet I always make sure that we do something similar: bringing together leading IT visionaries with C-level industry and Service Provider executives, the enquiring minds of the IT press, the skills of the analysts and the street-wise know-how of the finance industry, taking them out of their daily routine to rub shoulders in an informal yet focused luxury environment. It makes things happen, ideas take root – and they don’t always remember that it was NetEvents that provided the creative matrix!

Tell us about your vision for NetEvents and what you are currently working on
Right from the start the irony of our position was that we were encouraging personal contact between the very people who were launching technologies that were supposed to replace face-to-face meetings. A lot has happened since and has fed into the NetEvents experience, both because of our position at the leading edge and because NetEvents provides an ideal environment for launching new virtual meeting technologies. Looking back to 1998, we were among the first to broadcast a live event worldwide, and around 2008 we conducted the first global multi-lingual interactive sessions using Skype instant messaging and a team of translators. Despite all that, the latest solutions are a long way from ousting the total experience of what we called “networking in the flesh” and people still value and remember those shared moments better than any electronic communications. It’s hard to predict the future while we are so open to the new ideas we encourage: but since our recent event we are exploring ideas how we, together with participating media, may be able adopt QSocial’s AI-driven public sentiment barometer technology to quantify the impact certain announcements have on the industry.

Tell us what makes you unique and what makes you stand out in the industry
What “makes us” unique? We simply are unique! Seriously, no-one has successfully recreated the entire NetEvents experience, though there are some companies modelling our “two-days to meet the entire region’s press” formula on a smaller national scale. There have also been some NetEvents-inspired add-ons to the big industry shows where people are already in attendance. But no-one else flies in the world’s top media gatekeepers from across the world for two days of intense interaction. What’s more, we serve industry at all stages: from the start up to big names like Dell and HP who continue to send their top people to NetEvents, recognising it as an essential complement to their extensive global PR activities.

What sectoral issue would you like to discuss and what role would NetEvents play in solving these issues?
It could be from any region worldwide, but let us take a typical well-funded Silicon Valley start up that is now ready to build its global brand. It is a tough call, because today’s backers are impatient to see results at the same time as the company is trying to build its structure and develop its core offerings. The window of opportunity is tight, and NetEvents packs colossal value into just two days – together with all the follow up, not just in terms of media coverage but also initiating new relationships with industry peers, venture capitalists, business angels, distributors and service providers who are also there and looking for opportunities and contacts. NetEvents offers an amazing opportunity – as one vendor stated at our very first event “now its up to industry to make the news”. So take this opportunity. Choose carefully the best people to attend, the most articulate and also the ones with real ideas and vision to share. There is no better way to be heard by the right people – and ultimately the world – than at NetEvents. 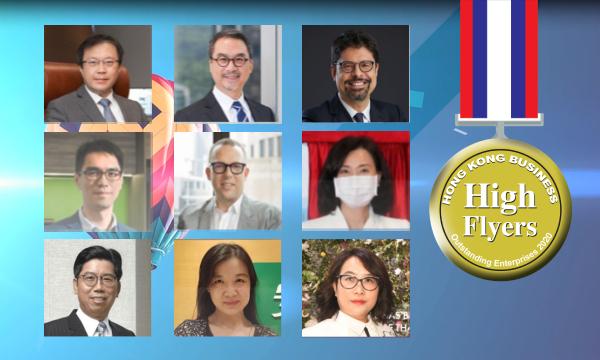