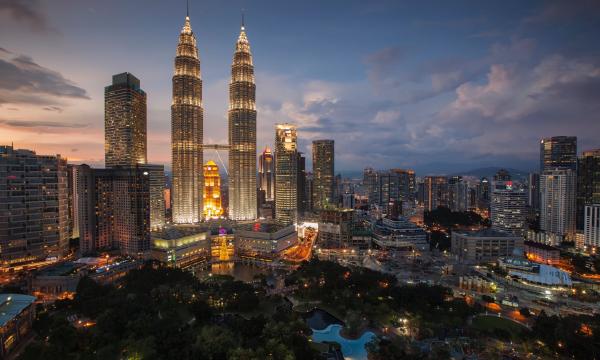 A handful of uncompleted railway projects in 2019 are set to pick up in 2020.

Malaysia’s construction sector will expand by 3.5%, in real terms, in 2020, a notable increase in pace as compared to what was observed in 2019, according to a report by Fitch Solutions.

Nominal growth of the country’s construction sector hit 1.1% in 2019, but in real terms, a flatline growth rate of 0.04% YoY was reported, reflecting tepid construction activity throughout the year, according to the latest figures released by the Malaysian government.

Fitch expects the sector’s growth to expand, as construction activity across both the infrastructure and buildings sector in 2020 is sighted to pick up.

Infrastructure projects accounted for approximately 45% of the total share of construction work in 2019, a handful of which are high-value rail projects.

One of the projects expected to boost the construction sector is the revival of the $14.9b (USD 10.7b) East Coast Rail Link (ECRL) project in 2019, which has reached the 11% completion mark in November 2019.

Other projects that are sighted to expand the sector include the electrification and double tracking of the existing KTM system from Gemas to Johor Bahru, valued at USD2bn which is expected to be completed by 2021.

The pipeline of Malaysia’s major rail and road sector is valued at $71b (USD 51b), accounting for more than half of the overall infrastructure projects at the planning and construction stages, according to Fitch’s Key Projects database.

Meanwhile, construction activity in the residential buildings sector, which makes for approximately 25% of construction sector value, is expected to remain lukewarm, with the existing property overhang situation being slow to ease.

There remains a supply and demand imbalance, with an oversupply of high-rise, terraced and semi-detached housing, especially in the relatively populous states of Johor and Selangor, read the report.

Fitch believes that the easing of the overhang situation may accelerate on the back of the Malaysian’s government lowering of the price threshold for foreign property buyers. The lowered $335,700 (MYR 1m) to $201,420 (MYR 600k) may attract a high level demand from foreigners, noted Fitch.

Further upside to growth of the construction sector could be provided through the possible introduction of a stimulus package, as well as the revival of more suspended projects.

The government has mentioned that they are contemplating the rollout of a fiscal stimulus package to support slowing economic expansion, however, Fitch notes that it might likely be further impacted by the ongoing Covid-19 outbreak.